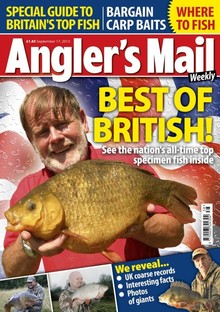 The 60th World Coarse Angling Championships for Nations 2013 took place on the Żerański Channel in Warsaw, Poland over the weekend of 14th/15th September 2013.  36 Nations took part on what proved to be another technically challenging venue.

The venue fished better than most had expected despite deteriorating weather conditions.  With heavy rain during the week followed by falling temperatures, by Thursday the bleak had all but disappeared and the conversations amongst many of the International Managers was that the weekend’s competition could be extremely hard.  Fortunately however, roach numbers seemed to to be increasing and there were now odd skimmers showing all along the length.

For Team Scotland it was a frustrating and disappointing week.  We struggled in the early part of the practice week trying to get to grips with bleak fishing after another year without the opportunity to do any, and were never drawn in the vicinity of any of the bigger teams to gage how we were doing.  This year the Match length was split, with A Section being 1 km downsteam of B, C, D and E sections and on Thursday during the heavy rain we were drawn up in A Section.  A Section proved to be the best skimmer section on the length and while we caught plenty of skimmers and a few roach, being away from the main match length meant we got a slightly distorted impression of how things were developing.  The problem was compounded when on Friday we were to end our practice at the other end of the match length in E Section.  Here, the overnight rain had caused a significant increase in the amount of water coming in from a feeder stream and a corresponding increase in suspended sediment throughout the whole of E Section.  As the colour increased the fish simply switched off and we ended the week catching almost nothing on probably the most important day of practice.  To be fair to the lads, the Belgium Team in the box above us faired little better and the Polish Team packed up to make up rigs mid way through the session.  Despite these complications we went into the match with a pretty good plan (not a million miles away from the one that England used to dominate the event) and plenty of confidence, but without the chance to fine tune things as we would have liked.

The venue, like all venues, had some better areas and some poorer areas. On both days of the competition we ended up with a couple of guys in these poor areas and this is easy to see from the results.  All excuses aside though, the fact that a small number of teams managed to dominate the event and catch significantly more fish than those around them, in every section on both days, clearly shows that there were plenty of fish to be caught by those who got it right.  Regrettably we were a little bit off the pace and could probably have done with another day or two on the venue – something I am sure that many of the other less well funded teams will also be thinking.  Ultimately, with effectively only 4 days of officially practice now available due to the Opening Ceremony on the Thursday and the early finish on the Friday, we are always going to struggle against those teams who can afford to arrive and practice off the match length the week before the event.  Despite the results however we are getting closer.  The whole team learned a lot this year and it is more experience under the belt for what in International terms is a relatively young team.

Next year the World Champs will be on a fast flowing river in Croatia fishing for barbel and bream with big flat floats.  Another challenge, and another new experience for many of the squad, but one that I know the guys are already looking forward too.

Clicking the following link will take you to the official Polish website where you will find video clips of the Venue, Practice sessions, Competition, Opening Ceremony and Prize Giving.

Last week I went to Poland as part of the squad for the 60th World Angling Championships, and it was one of the best weeks of my life.

It was fished on the Keranski Channel, near Warsaw. the team arrived 2 weeks before the match and practiced off the match length, I joined them a week before the match, by which time they already had a good 'feel' about the place.

The Keranski Channel is about 18km long and about 30-40m wide. It is fed by a large lake at one end and runs into a large river in the centre of Warsaw.

The Channel holds a large variety of species, with roach, skimmers, hybrids, bleak and perch being the main species. The downstream A section held more skimmers than the other 4 sections, and in practice weights up to 9kg could be caught, where as 5-6kgs was very good in the other sections.

Sections B to E were in a continuous straight line, whilst A section was on its own and had a stream running in just upstream of it, this stream kept some colour in the water, which the skimmers liked. The rest of the match length was clear and the water looked very dark.

All the info we could find out about the venue before we arrived was that was going to be a bleak and skimmers match, but during practice we quickly realised that there was a lot of roach in the channel and that they would be important.
The weather was typical of northern europe for this time of the year, showers, overcast, yet still mild, and as long as it never went sunny we could rule out the bleak, bleak really do like the sun on the water and there are a lot of teams better than us at catching bleak, so we prayed for cloud cover every day.

Sections B to E was where the the team result would be decided, A section was difficult as you would need skimmers to win it, yet they weren't in every peg. So all our focus was around coming up with a plan for B to E sections.

During practice we quickly realised the channel was responding as a small canal, back home, with roach the main target species. By feeding a number of lines with joker and rotating them we were able to keep the bites coming for most of the match.

Instead of balling in on the 13m line, this has become standard practice for most of the teams, we cupped all our bait, usually spread over 4 different lines, a typical swim would be 4m for perch and the odd roach, the majority of the bait was spread over 6m, 11m and 13m. By swapping between these lines and topping up when you rested a line we were able to keep putting fish in the net all day.

The channel was only about 6-7ft deep and 0.5g rigs were perfect. One of the key things we discovered in practice was that 2 jokers on the hook was by far the best hook bait, far better than bloodworm, and we cupped all our bait in soil.

This channel responded like an english canal, the standard continental approach of 'balling it' on 2 lines was nowhere near as good. The day 1 result was probably the best the England team has ever had, 4 section wins and a third, giving 7 penalty points. going into day 2 we were very confident we had everything right, as long as the weather never changed, over the years we have seen the weather spoil the best laid plans.

Luckily for us, the channel fished exactly the same on the sunday, and we had 2 wins, 2 seconds and a nine points in the dodgy A section. This was our best victory for a few years and one I was very proud to be part of, even though I ran the bank, it was great experience for me, and I am sure more teams will now experiment with this style of feeding instead of just 'balling it' everywhere they go.

Massive congratulations to Steve Hemingray and Alan Scothorne for their section wins on both days and their individual medals.

DRENNAN Team England have won team gold with France second and Poland third. There was individual silver  for Steve Hemingray, in  his first World Championship, and bronze  for Alan Scotthorne, the five-times  World Champion.

Our man in Poland, Dave Johnson, reports: “It’s not often England find all the cards stacked in their favour, but the Zarenski Canal in Northern Warsaw came up with nearly a full house!

“With 7 points safely tucked away from Saturday’s dominant performance, all the team had to do was follow the yellow brick road (sorry golden brick) to the winners’ podium. And they did it in style.

“Although France made a last ditch effort to pull back a 16-point deficit, it was not enough to overhaul a jubilant Drennan Team England, who maintained their advantage with 15 points on the final day.

“France did have the satisfaction of producing the Individual World Champion, Didier Delannoy, who managed to keep a debutant Steve Hemingray at bay by 2 kg. Five-times World Champ, Alan Scotthorne, so nearly added an unprecedented sixth title to his illustrious career. All three anglers finished on the perfect 2-point score.”

THERE were a stunning four out of five section winners for Drennan Team England in the first day of the 2013 World Angling Championships on the Zeranski Canal near Warsaw.

This means defending World Champion Sean Ashby,and indeed any of the England side, are well poised for medals individually, as the team aim for the main prize and follow-up golden achievements in recent weeks by the Under-18s and Ladies.

Our man in Poland, Dave Johnson, reports: ”On a venue which came to Drennan Team England like steel to a magnet, the team swept to an emphatic 7-point victory over local favourites Poland, who managed a creditable 14 points.

“England’s approach was typical of many of the canals back home, something seldom seen on the continent of Europe.

“With a 7-point cushion, it seems that only an horendous draw can rob this team of a justified victory.

“We keep our fingers crossed for a repeat performance on Sunday.”

We will post here more information that will appear on the already completed Championships.

Please send us links to information about the Championships: g.kidawski@zgpzw.pl. 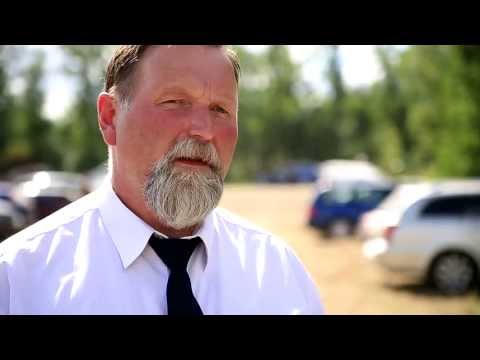